I’ve been enjoying people’s recent posts on the question of anxiety over technological change.

In contemporary social critics’ and social scientists’ efforts to grasp the cultural consequences of digital technology, one theme that has emerged is epitomized in the title of a book by Sherry Turkle. The book is Alone Together: Why We Expect More From Technology and Less From Each Other. Turkle is Abby Rockefeller Mauzé Professor of the Social Studies of Science and Technology at MIT and the director of the Initiative on Technology and Self.

Turkle’s book offers evidence for the idea that in some ways digital technology is driving us farther apart even as it offers new possibilities for making connections. So it wouldn’t be fair to say that her thesis is refuted by a few images at Kids These Days, the Tumblr maintained by Nathaniel Rivers, an assistant professor of English at Saint Louis University who studies rhetorical theory, blogs as pure_sophist_monster and tweets as @sophist_monster.

But the images do offer reason to be skeptical of the near-apocalyptic claims you sometimes hear about “kids these days” and their devices. (To be fair to Turkle, her own approach to this question isn’t in the apocalyptic vein but is in fact more nuanced.) I routinely hear it said that “kids these days” just aren’t capable of having “real” social interactions — only the “virtual” ones made possible by social media such as Facebook and Twitter.

As Oscar Wilde has Algernon say in The Importance of Being Earnest, “The truth is rarely pure and never simple. Modern life would be very tedious if it were either…” 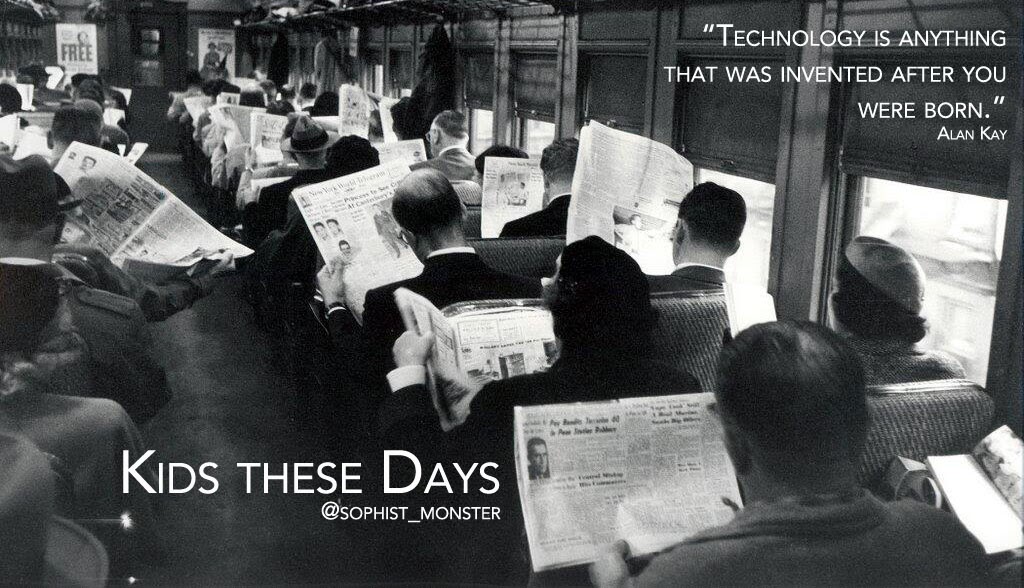 2 Replies to “Alone Together?”