Considering this is a class focused largely around the use of the computer and all it has to offer, one thing i thought would be important to discuss is the enormous debate surrounding one of the most significant uses for a computer: The Internet.

With the almost exponential growth of social media, search engines, multi-media sites, and the internet in general, there has been a lot of debate recently on whether Internet Service Providers (ISPs) should be able to offer different rates to customers based on their internet-based content or service type.

Under this mentality, ISPs such as Comcast and Verizon would be able to charge their customers different amounts based on the websites they used and how they used them. This tiered internet model would resemble the current cable model, in which a user is charged extra to access certain content like Showtime or HBO. For example, a user who uses the internet for only one purpose, such as researching information on Google, would be charged for less internet speed than a person who used it for several purposes, such as researching and high speed media streaming sites. This would consequently carve the internet into a tiered information highway.

A large contributing factor to this change in mindset, is the growing number of cord cutters, or people who no longer subscribe to cable and instead get their entertainment from streaming websites such as Netflix, Hulu, and Youtube.

When one downloads media from a site such as Hulu, the information arrives in packets, delivered by your ISP. Under the net neutrality concept, all of those packets need to be delivered at the same time, at the same speed. If there was no such thing as net neutrality, Hulu would be able to pay your ISP a certain amount to make sure their packets got delivered more efficiently.

This is significant because it gives your Internet Service Provider an inordinate amount of power over what you are going to consume. Media columnist David Carr is quoted in the New York Times stating, “Who gets to go fast, and who gets to go slow … If my message comes to you really slowly, and another person’s message comes quickly and directly, who is going to be heard?”  And the implications of that run much deeper than just streaming movies from Netflix.

ISPs would be able to slow down your connection to websites that they disagreed with politically, as well as slow down a competitors’ content. This would consequently eliminate the open internet and it’s historical advocacy for free speech. 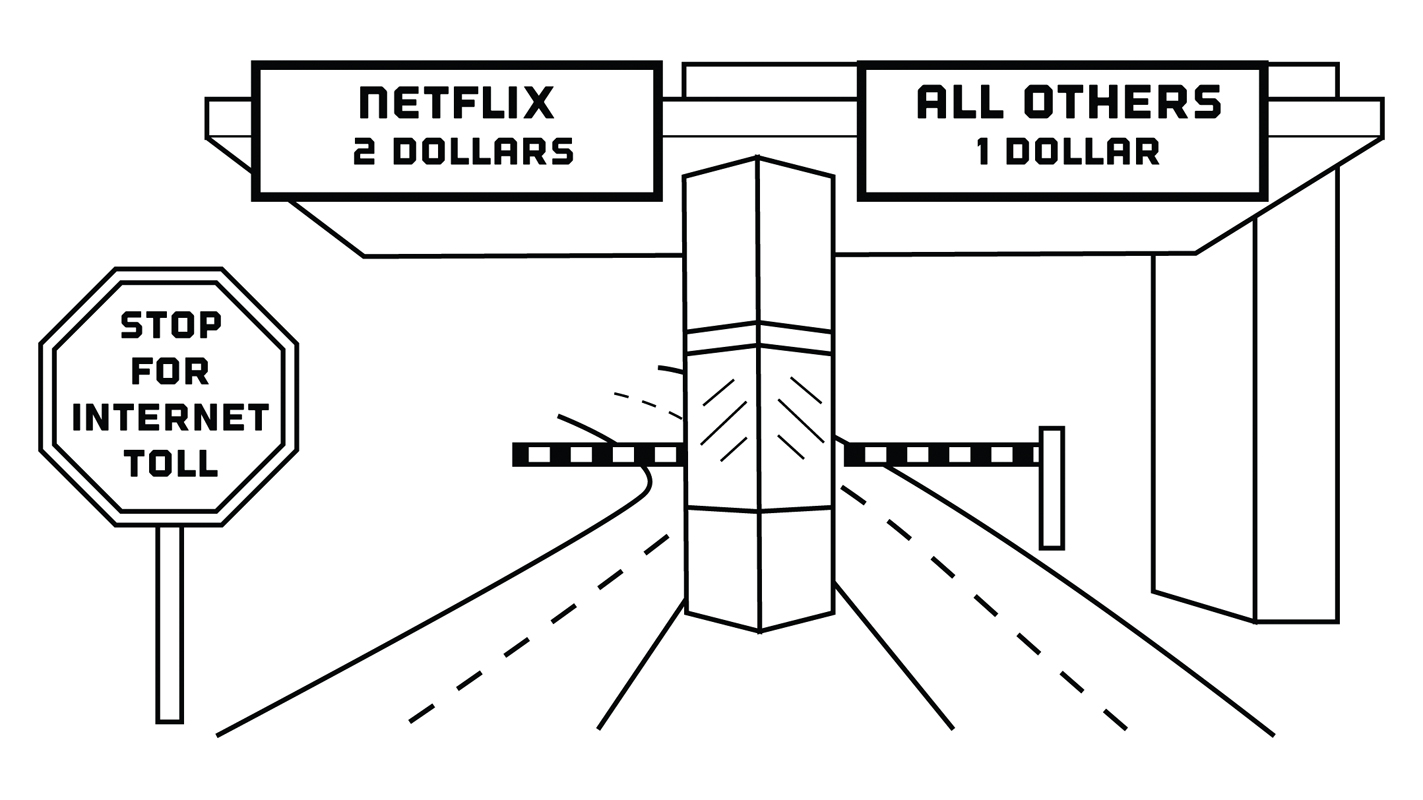 I feel that this ability to go out into the open internet and be able to research and experience every single thing the internet has to offer ties in closely with Thoreau’s ideology of being an “adventurous student” and focusing on experiential learning. When one goes out into the open internet, they are able to exercise their freedom of speech and right to public knowledge. When one’s options are limited or confined by something, it limits the amount of meaningful experiences they can have, perspectives they can gain and thus their overall knowledge on a topic. This limiting of options is something that i think Thoreau would advise against. While he does have his own elitist views and confines freedoms in his own way, he does believe that being engulfed in an environment without any filters, and with only your experiences is the best way to grow, learn, and truly expand your mind.