With all of our class discussions recently dealing with webpages, command line, and other advanced features like those, I could not help but think of the movie The Social Network that shows us how Facebook was created.

It is very interesting to think about the fact that Mark Zuckerberg created Facebook when he was in college. Originally only a Harvard networking site, it quickly expanded to other campuses, it gained immense popularity quickly. From there any user with an email address could register for Facebook. It then began to spread worldwide.

Something that started out as a small university social networking site is now one of the most popular sites used by people all over the world.

Keeping that in mind, it is very interesting to think about just how much coding and webpage knowledge went into making such a popular social networking site. People are always

frequenting Facebook in their spare time, checking their notifications and seeing what their friends are up to.

People frequent Facebook so often in our society today that it caused a writer from the New Yorker to write an article arguing that Facebook is making us unhappy. I will admit, if I have free time I find myself checking Facebook. More than I may like to admit. 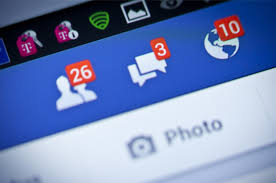 Whether you have positive or negative things to say about Facebook, Mark Zuckerberg created an immensely  popular social networking site with his webpage and other computer skills. After being enlightened on some of these skills and their uses by practicing with some of them in class, I can definitely gather it was an extensive process he went through to make Facebook as the movie the Social Network shows.